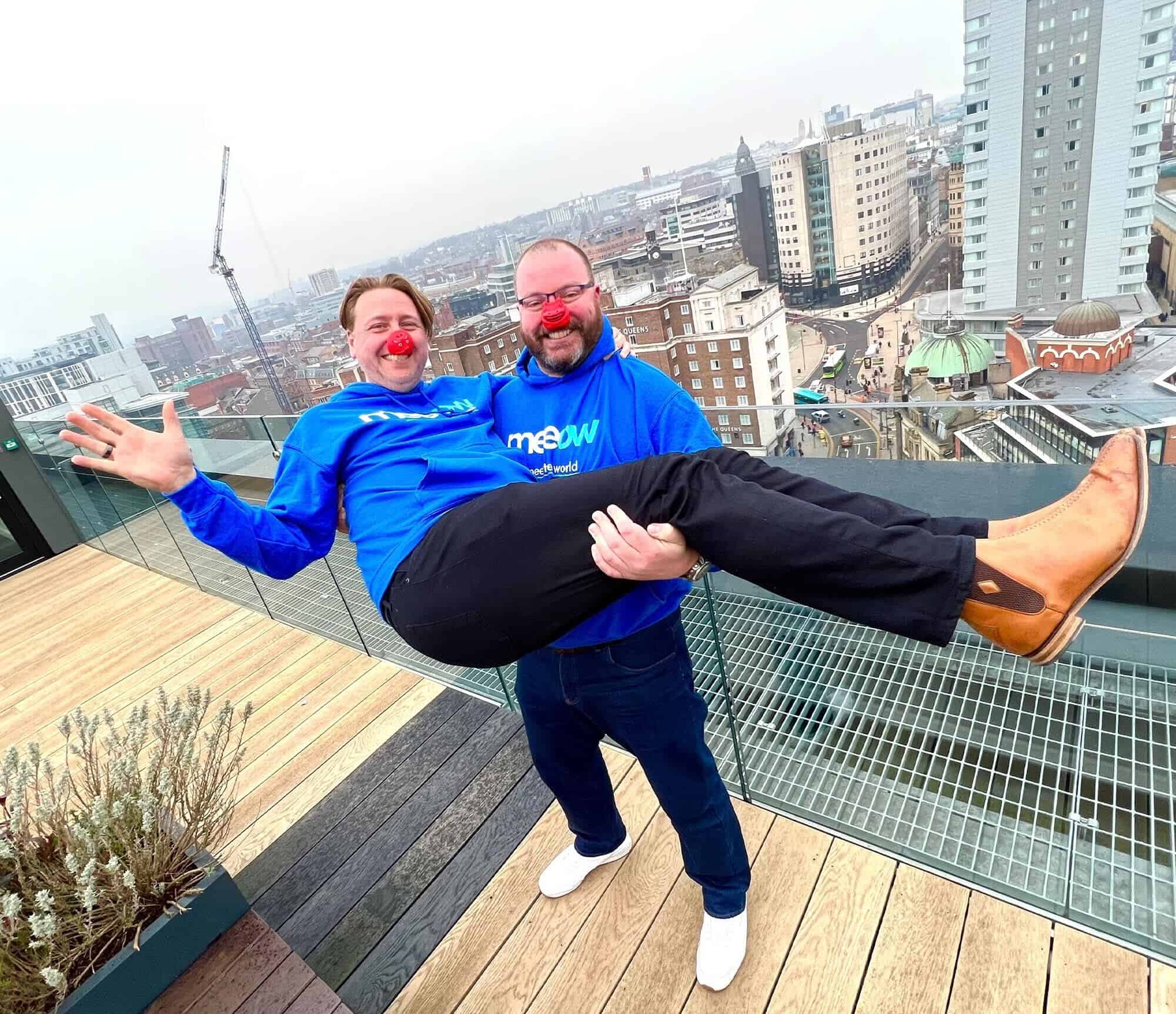 Meeow founders Chris Rabbitt and Simon Glenn have already put the fun back into networking and now they want to leave ‘em rolling in the aisles.

The business duo will host a full 24-hours of non-stop networking starting at 6pm on Thursday March 17.

And to keep them going through the night they hope networkers from the other side of the world will join in to bring an international sense of humour to some typical British fun.

Chris and Simon will also host two in-person networking events in Leeds and people are invited to sign up now as places are limited.

Instead of a two-minute business presentation, networkers will be asked to tell the funniest story they’ve ever heard.

Co-founder Chris Rabbitt said: “This is power business networking with laughter, fun and fundraising thrown in.

“At Meeow we take our networking seriously but we don’t take ourselves too seriously. Simon and I are always ready for a laugh and we’ve got more than a few funny stories from our business careers so far.

“We want to hear people’s funny stories but they don’t have to be about business. All you have to do is make people laugh, not the easiest thing to do in normal circumstances, but Comic Relief doesn’t do normal and with our audience you’re amongst friends.

“Let’s make a fool of ourselves together and raise some serious money for a brilliant cause.”

There will be no cost to network on the day, instead sponsorship donations for Chris and Simon can be made to Comic Relief via a JustGiving page.

The in-person events will be held in Leeds city centre on Friday March 18 at Mad Frans (8am-9am) and Platform (5pm-6pm) and numbers are limited to 20 people each. There will be Comic Relief collection buckets for some good, old-fashioned cash donations.

Co-founder Simon Glenn said: “Meeow is, of course, an online platform launched during lockdown when people couldn’t meet in person but Comic Relief has given us the chance to turn the business on its head.

“For the first time ever we’ll be holding ‘live’ Meeow sessions for small businesses across the Leeds area which is really exciting.”

The online networkers will get the same 45 minutes to meet, chat and make connections but for Chris and Simon it’ll be a 24-hour marathon.

“We’ve been limbering up, stretching our vocal cords and flexing our laughter muscles and we’re ready to welcome everybody,” said Simon.

“We don’t want to be talking to ourselves in the small hours of the morning so we hope people will reach out to their connections on the West Coast of America or over in Australia and urge them to jump on a Meeow for an incredible charity that just keeps on giving.”

For more information on how to book or to donate via the JustGiving page go to https://meeow.com/comic-relief/