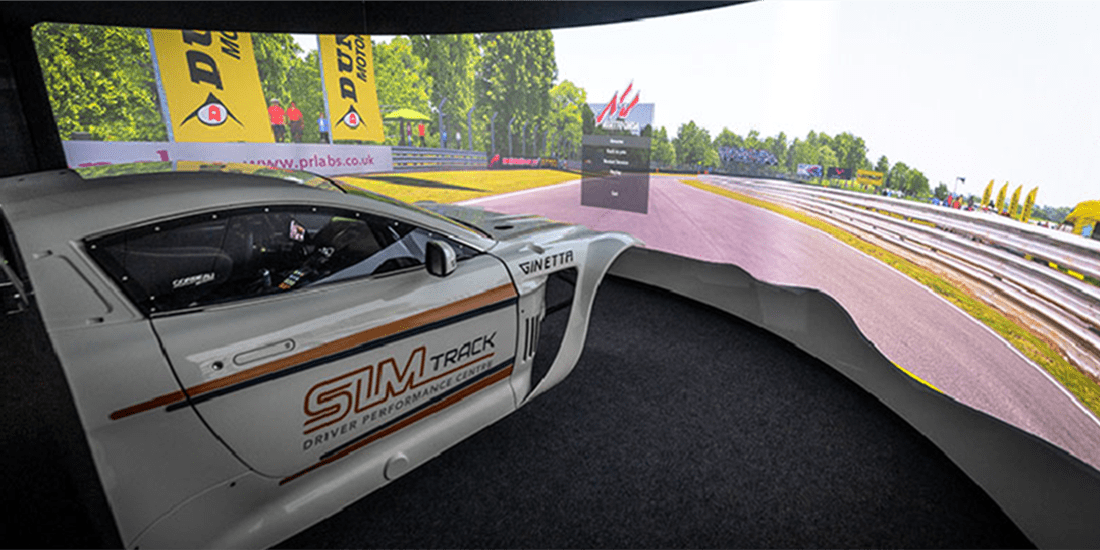 A Yorkshire Dad who suffered a debilitating stroke at the age of 31 has set up a specialist CIC (Community Interest Company) to help people with disabling conditions experience ordinarily ‘off limits’ motorsport activities.

Centred around a state-of-the-art driving simulator, specialist events organised by Gary allow people across the UK to experience the breath-taking feeling of driving a high-speed racing car – an activity normally off limits to people with debilitating conditions.

In 1994, Gary suffered a haemorrhagic stroke as a result of a blood vessel rupture on his brain whilst playing at home with his young son and was left paralysed and unable to talk.

Having struggled to bounce back, he sadly experienced a breakdown of his relationship and lost his job working in the Central Government – his mental health suffered massively.

Gary said: “My life changed in 1994 when I sadly suffered a stroke. I lost everything and for years my life felt like a battle to recover.

“In hospital, the focus for aftercare was very much on the physical side, so as soon as I was up and moving about, I was deemed ok and sent on my merry way.

“Afterwards, I struggled hugely with my mental health. I lost my career and struggled financially, which sent me into a major depression.  The experience made me want to fundraise to help others get better support, but it wasn’t the right time for a number of reasons.”

In 2018, Gary was made redundant and having been left with a small amount of money and some spare time, he set about looking into how he could raise money for charity to support others in his position.

Purely by chance, he had to go to a racing car manufacturer where they had a simulator. At this point, the idea struck him.

“I thought to myself, If I could find a mobile one of these, I could take it on the road and raise more money for charity. At that moment, Chequered Flag Motorsport began to take form and I haven’t looked back since,” he said.

Chequered Flag Motorsport did originally start as a fundraising idea and Gary has raised significant funds for a number of charities supporting the rehabilitation of trauma patients.

Gary has evolved the offering and is passionate about helping others who may have also experienced something traumatic or have been dealt difficulties which have resulted in missed opportunities or exclusion from certain activities.

The company now supports a series of activities for people to take part in depending upon their wishes and abilities.

These activities include motorsport factory and museum tours, track days as a passenger or driver, supported motorsport trips to events such as British Grand Prix and Le Mans 24 hours, and a range of simulator events, including professional simulators used for training/coaching professional drivers.

Further developments are planned for 2021 as the company continues to expand across the UK and find new ways to support people.

Gary added: “Having seen first-hand and read about the benefits of involvement in motorsport in various ways, I’ve developed the range of motorsport activities to be specifically available to the non neuro diverse, disabled and less privileged areas of society.

“I am dedicated to supporting their rehabilitation and reintegration and I know that our offering can and will improve their general well-being.”